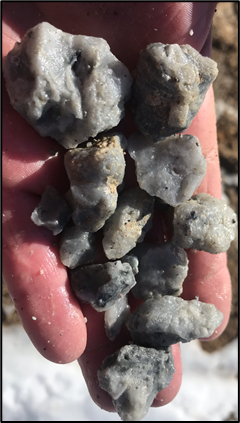 “Our first RC few holes at Sandy yielded extensive intervals of cuttings displaying intensely hydrothermally altered rock, quartz vein material and considerable pyrite,” commented Dr. Quinton Hennigh, Director of NV Gold. “We have also confirmed that the target area is mantled by late volcanic rocks and that the buried mineralizing system is quite extensive. In short, we think we have discovered a major epithermal mineralizing system on our Sandy claims. Recent surface rock chip samples indicate this system can generate high gold grades. Based on this encouragement, we have decided to double our current drill program to over 3,000 m to give this target a more thorough initial test.” 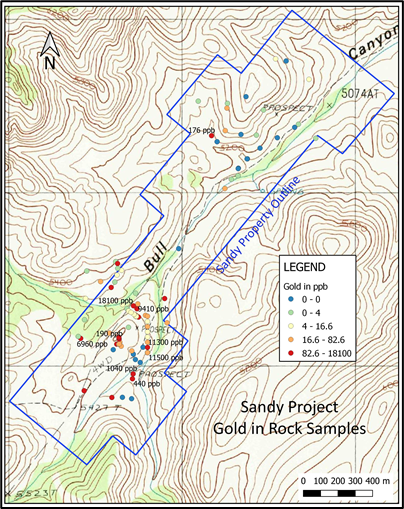 “We are excited to commence the RC drill program at our Slumber Gold Project. Nevada is experiencing one of its busiest exploration seasons in years, and therefore, drilling at the Slumber and Sandy Gold Projects has been slightly delayed due to the lack of available drill rigs. Targets identified by our technical team at both Slumber and Sandy are exceptional and may potentially host buried high-grade gold vein systems,” commented Peter A. Ball, President and CEO of NV Gold.

NV Gold (TSXV: NVX, OTCQB: NVGLF) is a well-financed junior exploration company based in Vancouver, British Columbia that is focused on delivering value through mineral discoveries in North America, leveraging its highly experienced in-house technical knowledge, and identifying and drilling 2-3 priority projects per year. NV Gold controls multiple drill-ready projects in Nevada and has entered into an Option Agreement on the high-grade Exodus Gold Project in British Columbia, Canada.