ABOUT WEST WITS MINING LIMITED
West Wits Mining Limited (ASX: WWI) is focused on the exploration, development and production of high value precious and base metals for the benefit of shareholders, communities and environments in which it operates. Witwatersrand Basin Project, located in the proven gold region of Central Rand Goldfield of South Africa, boasts a 4.28Moz gold project at 4.58 g/t Au. The Witwatersrand Basin is a largely underground geological formation which surfaces in the Witwatersrand. It holds the world’s largest known gold reserves and has produced over 1.5 billion ounces (over 40,000 metric tons), which represents about 22% of all the gold accounted for above the surface7. In Western Australia, WWI is exploring for gold and copper at the Mt Cecilia Project in a district that supports several world-class projects such as Woodie Woodie manganese mine, Nifty copper and Telfer
gold/copper/silver mines.

This is going to be one of the more important pieces I have written in a
long time because it offers a giant opportunity and lot of difficulty at the
same time. The company is named 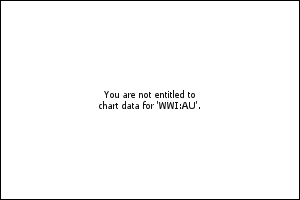 See More Live DataWest Wits Mining Ltd. (WWI:ASX).
It is only Australian listed for right now. So you are going to have to have a really good broker just to buy it.

They plan on getting a dual listing with either the London Stock Exchange (Boo Hiss) or on a Canadian exchange early in 2022. If there is enough demand from American investors, some brokerage house will make an OTCBB listing for it but for now it’s going to be hard to get.

West Wits has two company making projects. The big one is to put the world famous Durban Deep Gold Mine back into small-scale production in Q1 of 2022. They will not take all the time and expense of permitting and building a mill of their own in the project just west of Johannesburg South Africa. The Durban Deep Mine comes with a historic 1997 JORC resource of 12.8 million ounces of high grade gold. It also has a current 3.55 million ounce JORC resource.

The company has been granted a twenty-year mining right. There is a DFS on the first stage showing an NPV of $150 million USD at $1750 gold. That NPV nearly doubles to $327 million at $2000 gold so the value is especially sensitive to the POG. The DFS showed a twenty-two year mine life with an average production of 80 thousand ounces yearly with an AISC cost of $1,144. They intend production to begin in February 2022. For most of 2022 Wits West will be producing from the Run of Mine material left when the mine shut down in 2001. The formal mine plan production will begin in late 2022. The company anticipates production of between 370 ounces a month up to as many as 740 ounces per month during the interim period.

By planning for doing toll milling with nearby existing mills with surplus capacity West Wits is saving tens of millions of dollars and years of permitting headaches.

In addition to the gold resource at the Durban Deep mine, the project also contains as much as 20 million pounds of U3O8. Uranium is selling for $47.25 a pound so the company has an additional $940 million resource in the ground that can easily be mined and milled. Uranium can be processed with a simply process by soaking in hydrogen peroxide. And then letting the H2O2 evaporate leaving the uranium behind. It’s cheap and quick.

West Wits secondary property is located in Western Australia some 70 km west of Rio Tinto’s WINU copper/gold project. It’s an early stage exploration vehicle. They have run an airborne Electromagnetic survey that showed eight different target areas and four they feel are high priority. They are in the process of conducting a ground mag survey now that began in August to determine drill targets for 2022.

Durban Deep was one of the most famous gold mines in the Witwatersrand Basin. It didn’t close because of a lack of ore, there were management issues. West Wits has picked up one of the most potential and highest number of gold ounces in the world. At $3 an ounce US you can count on it going higher no matter what the price of gold does. Should gold skyrocket, as we believe it will, WWI will lead the way.

Until the company is trading either in Canada or the US it’s going to remain “potential” and interesting for North American investors. I have chatted with management and encouraged them to get listed in Canada just as soon as possible. The company has just announced a private placement for $7.86 million.

West Wits is an advertiser. They came to me. I have participated in their latest private placement so naturally I am biased. Do your own due diligence