I wrote a piece a few days back listing ten exceptionally low market cap stocks selling for less than $.05 a share. Kesselrun Resources (KES-V) was one. They closed on November 2 at $.03 a share. I had picked a lot up at that price believing they were perfectly positioned to ride the bull rally we are in to a much higher price.

The yearly low was $.02 a few weeks ago on September 29th. At that price the company had less than a $2 million market cap while still sitting on over $1 million in cash. That was a week after the company released exceptional results on the 22nd. Those assays ran as high as 14.4 g/t Au over 11 meters within a 124.0-meter intercept averaging 1.8 g/t Au. Frankly I bought because I saw almost no risk. I have believed for two months that we are at a major low in the metals and resource stocks.

The more I looked into the company the more I liked it. The Huronian project has a past producing high-grade gold mine and a historic resource of 546 thousand ounces of gold at just below a half-ounce to the tonne. Kesselrun has 100% ownership of the 4600 ha land package located in the mining friendly province of Ontario.

But it gets even more attractive. The company has drilled another 7200 meters in their 32 hole 2022 drill program still to be released. Frankly the Canadian and US assay labs have failed to keep up with the increased demand after the Covid hoax ended and have cost investors billions of dollars. How can you invest wisely if drill results are not released until many months of shareholder boredom? I’m told by company management that all 32 holes “should” be out before the end of November. I’ll believe it when I see it, the assay labs are really screwing their clients.

There is other interesting news of possible significance to Kesselrun’s 2023 drill program. The company finished a NuTEM and magnetics survey in the summer. The purpose is to deliver “3D subsurface voxel models of the survey area.” If you are not fully conversant with what a voxel model is, don’t worry about it. I’m not either but I am certain they are important.

The company has another 100% owned 8900 ha project they call Bluffpoint. It’s an early stage granite hosted system similar to that of the Rainey River Gold mine some 50 km down strike that produced 250,000 ounces a year at 1.1g/t Au.

At today’s price the company still has a market cap of under $5 million. It was cheap at below $2 million and is still cheap. The shorts are creeping higher in the anticipation of a private placement in the near-term but I suspect they have gotten a little too cute and may get mousetrapped. We have seen the bottom. Gold has climbed right at $100 an ounce in the last three days. It’s going to go a lot higher when retail investors begin to understand that when your ship comes in you don’t want to be out at the airport.

With the quality of ounces KES has in their historic resource and jurisdiction, their gold should be worth $40 to $100 an ounce. That would value the company at $22 million to $55 million. The company is an easy ten bagger and the 32 holes that should be released in the next three weeks should be the icing on the cake.

Kesselrun is going to advertise. I have bought shares in the open market. Do your own due diligence, I am biased. 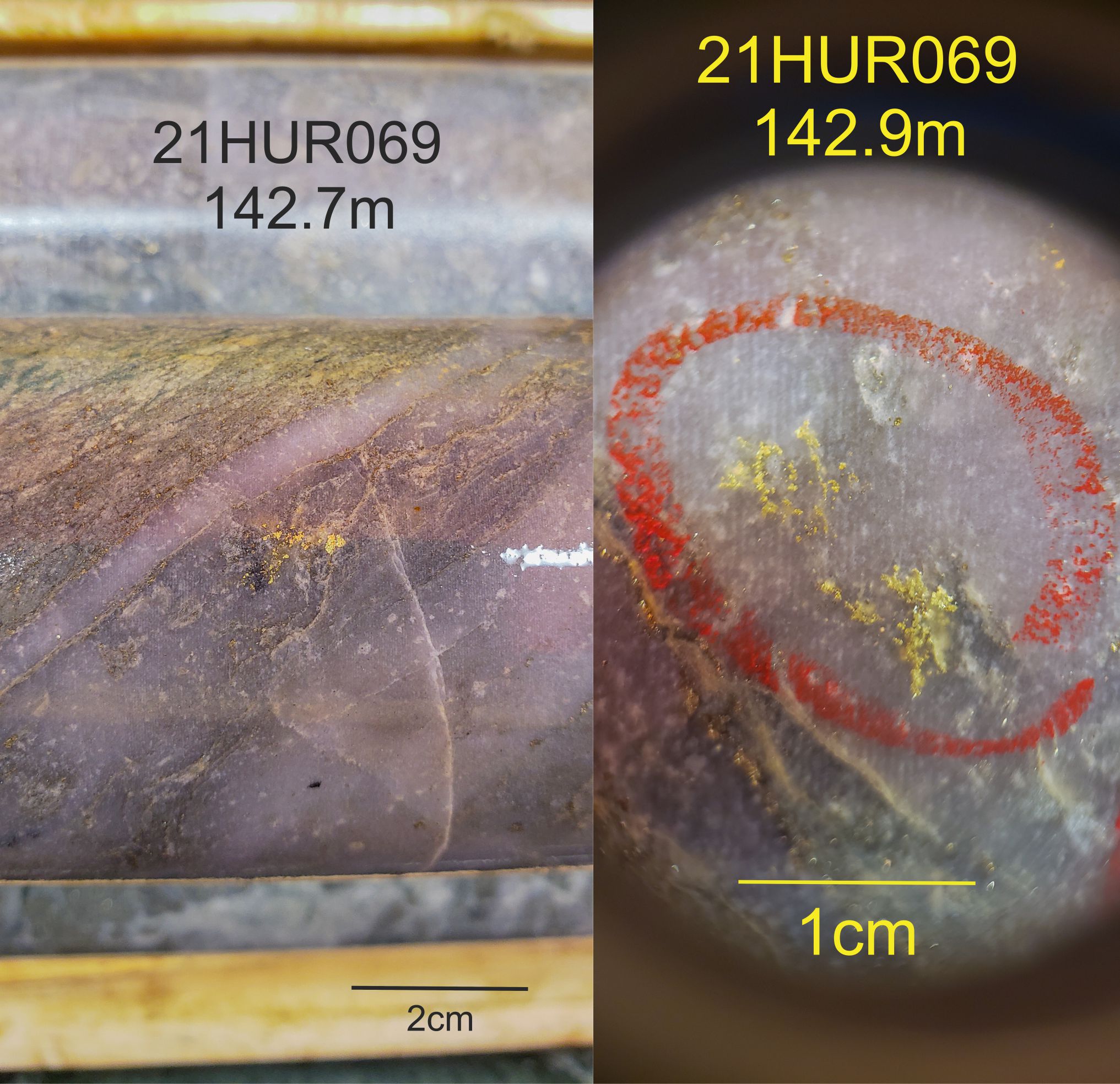 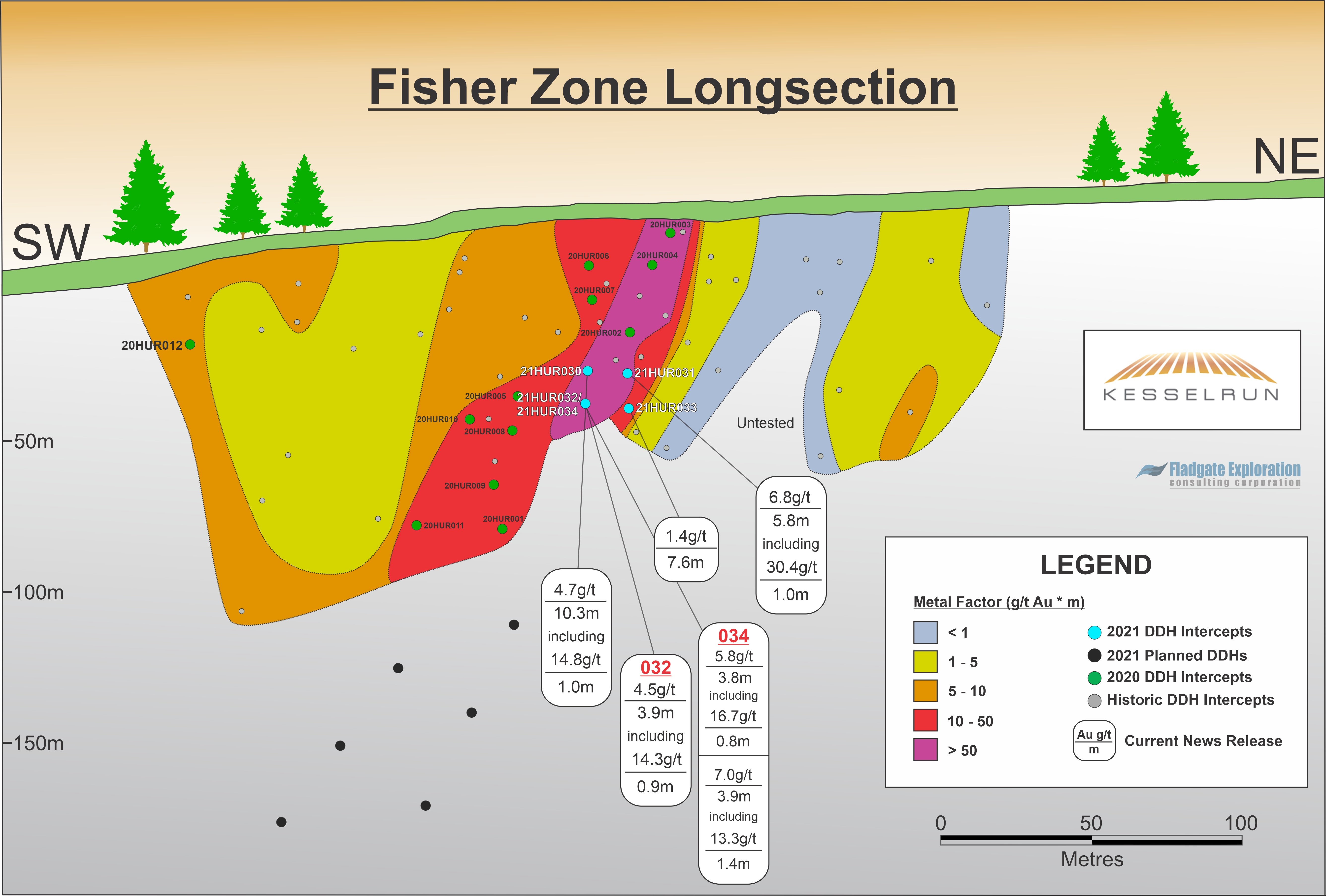 Michael Thompson, P.Geo., President and CEO of the Company, commented, “Our team worked hard incorporating last year’s impressive drill results remodeling the Fisher Zone along with the entire mineralizing system on the Huronian Gold Trend. These first few holes were testing that revised model allowing us to more effectively target aggressive step outs down plunge. This revised model has also resulted in new, very compelling targets that we are excited to test in the future”.