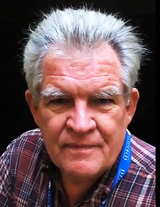 I just got back from an interesting visit to Ireland. From 1975 to 1985 I was working flying small aircraft to new owners all over the world. Gander Newfoundland and Shannon Ireland were natural jumping off points for ferry pilots. The distance between the two via a great circle route is 1922 nautical miles. Give me five minutes and a glance at a wind chart and I could generate a flight plan from memory. I must have flown it 150 times and stayed in Shannon 80-100 times. And after I flew under the Eiffel Tower I was smart enough to continue on to Shannon from Paris.

Forty years ago Ireland was a different world than today. In 1841 the population was over 8.1 million people. It was one of the most densely populated countries in Europe. After the famine from 1845 until about 1850the population was cut in half and has only now grown back up to 4.8 million. All that I saw during the 1970s and 1980s was a land without opportunity. For a century Ireland’s biggest export was its young people. I remember reading something in one of my trips that 47% of the GDP went for cigarettes and booze. It was a land without hope.

I’m not a EU fan. It was ill conceived and I think doomed to failure. However Ireland benefited greatly. While we were driving around the country visiting different projects it seemed the construction industry was booming. The hotels were inexpensive and comfortable. The food was magnificent.

In the 1970s I used to say that in Ireland all you ate were boiled potatoes, boiled meat and boiled carrots. The only way to tell the difference was the color. The carrots were pale yellow and the meat was a dismal gray. Everything tasted exactly the same, carrots, meat and potato. It was dismal then but dismal no more.

Lithium was popular in early 2018 after a short rally from December of 2017 until February of 2018. Redzone Resources soared from $.20 in early December to $.75 a share in January. Redzone with 23 million shares was doing very well. A lack of news and a dull stock market for resources has brought the share price back to as low as $.10 recently even in the face ofgood exploration progress.

I talked to Redzone management and learned they were announcing an option on a major lithium project in Ireland. Since I was traveling to the country to see a young and upcoming zinc company I managed to fit in visits to both companies during the same week.

On October 23rd Redzone announced an option for up to 90% of a highly potential lithium property in Ireland. What they call the North West Leinster lithium project is not really a Plan B for the company. An extraordinary opportunity jumped up and company president Michael Murphy jumped on it. Ireland has an interesting and long history with lithium.

I visited the project with Wilson Robb last week. A year ago he had been chatting with someone at the geological survey for Ireland and casually asked if anything interesting had opened up. And the North West Leinster Lithium project literally fell into his hands for the cost of two years property payments. He looked around the industry for a good junior to vend the property into and discovered Redzone. The deal makes a lot of sense. All of the money goes into the ground and REZ can earn up to 90%.

A Chinese lithium producer named Ganfeng Lithium has been in a JV with a Canadian junior named International Lithium on a project just to the Southeast of the North West Leinster property. Ganfeng Lithium has agreed to spend $10 million to earn 79% of ILC’s Avalonia project. ILC has two drills turning on the project and has intersections of up to 2.23% Li2O over 23 meters. That is a home run intercept.

The Irish government seems to be highly mining friendly and has conducted various regional geological studies over the years and made the information freely available. Clearly the potential as shown in the government surveys suggests the North West Leinster project to have even more potential than the ILC Avalonia project. So Redzone is picking up an option on a superior lithium project over a Chinese lithium producer funded project and doing so at 1/3 of the price.

With Redzone share price in the dumps but still with almost $1 million in the kitty, I suggested to Michael Murphy that he start drilling off his Arizona project but conduct the basic groundwork in Ireland prior to drilling as soon as possible. If you like lithium, you should be looking at Redzone. They are now a two-pronged fork.

The second company I visited last week in Ireland is named Group Eleven Resources (ZNG-V). I’m not a big fan of the name but I am a big fan of both the commodity and the company. Group Eleven is a zinc company and zinc is both in short-term and long-term shortage. Mines are being shut down and the industry realized years ago that we need to be opening new zinc mines as old mines become deleted.

Bart Jaworski is the tactical genius behind Group Eleven. He saw the dismal state of the resource markets back in 2015 and realized that even the majors were dumping projects in order to clean up their balance sheets. He wanted to rationalize zinc production in Ireland and succeeded. He put together a giant package of three major projects any of which would be considers as having company making potential. The majors were literally giving projects away.

He was smart enough to convince Mag Silver to back him politically and financially and managed a major coup in putting the three properties together. We visited all three last week.

Normally I believe I can do a better job at communication than the companies I deal with. I don’t care if they are poor at communication as long as they are good at either exploration or mining but in the case of Group Eleven I want anyone interested in zinc to visit the site and spend a lot of time there. The site is wonderful and covers everything about zinc and their company.

Glencore Plc. has a major zinc property in Ireland they call Pallas Green near Group Eleven’s Stonepark zinc property. Glencore has 145,000 employees and does $200 billion a year in turnover. Mining is a tiny part of the Glencore stable yet the company has almost a 44 million ton resource at Pallas Green with two drills turning now. They have had as many as eight rigs working. It’s a major project of them.

Group Eleven’s Stonepark is higher grade and closer to the surface. There is no way Glencore is going to start a mine at Pallas Green without doing a deal with Group Eleven. Stonepark is a JV with a local Irish company eager to move the project forward. They are fully funded for this year’s exploration program and will have drill results coming out for months.

The second major project for ZNG is Ballinalack made up of a 60% interest for Group Eleven and 40% for a Chinese company with a name so meaningless to western readers that I wouldn’t write it. The Chinese company is one of the largest zinc producers in China and needs more feed.

The last but not least project for ZNG is their Silvermines project that is not a silver property, it’s a lead, zinc property but located near a historic silver mine from the 17th century. It is 100% owned by Group Eleven. Exploration on the project was primitive and in the case of all three major projects, modern exploration should be far more effective.

I’m a giant fan of both Redzone and Group Eleven. Redzone still has $900,000 in the bank. Group Eleven is well cashed up with $3.5 million in the till.

We need a lot more lithium and while lithium companies abound, most are flogging dead horses. Redzone has a past producing mine in Arizona and a wonderful project in Ireland next to another lower grade project that a lithium producer has made a $10 million work commitment to. Group Eleven has brilliant management and their technical team is second to none in Ireland. I love both companies.

Redzone and Group Eleven are both advertisers. I have bought shares in the open market for both companies. As a shareholder naturally I am biased. Do your own due diligence.