TORONTO, May 16, 2022 (GLOBE NEWSWIRE) — Labrador Gold Corp. (TSX.V : LAB | OTCQX:NKOSF | FNR: 2N6) (“LabGold” or the “Company”) is pleased to announce that it has exercised its option two years early to earn 100% of the three licenses comprising the Kingsway project near Gander, Newfoundland. The Kingsway project is located in the highly prospective central Newfoundland gold belt.

The Kingsway Property is composed of three licenses 027636M and 027637M which were optioned in March 2020 and 023940M optioned in July 2020. Together these three licenses cover approximately 12km of the Appleton Fault Zone along which prospecting and drilling over the past two years by LabGold and New Found Gold has resulted in the discovery of numerous near-surface high grade gold occurrences. Given the prolific nature of this fault zone and the continued success of the Company’s exploration on the property, the Board agreed to accelerate the option payments to acquire the 100% interest.

“It is clear to us that the Kingsway Property will need sustained exploration over the long term to fully understand its potential. The success we have had in just a year and half spent working in the field speaks to the prospectivity of the Appleton Fault Zone and the remainder of the property in general,” said Roger Moss, President and CEO of Labrador Gold. “Acquiring the 100% interest in the property two years earlier than required shows the confidence we have that there is more to come from Kingsway, and we are excited to continue exploring the entire 12km strike length of the Appleton Fault Zone.”

The Company now owns a 100% undivided interest in license 023940M.
The Company also owns a 100% undivided interest in licenses 027636M and 027637M subject to:
A 1.0% Net Smelter Returns royalty plus $1 per ounce of gold in the measured and indicated mineral resource categories established in a National Instrument 43-101 technical report for the development of the Property.
Expenditure target payments of $750,000 for each $10 million in exploration expenditures up to $30 million.

Labrador Gold is also pleased to announce that President and CEO, Roger Moss, will be providing the latest update from the Kingsway project in a live webinar taking place on Monday, May 16th at 1:00PM PT/ 4:00PM ET. To register for the event please click the link below.

Roger Moss, PhD., P.Geo., President and CEO of LabGold, a Qualified Person in accordance with Canadian regulatory requirements as set out in NI 43-101, has read and approved the scientific and technical information that forms the basis for the disclosure contained in this release.

The Company gratefully acknowledges the Newfoundland and Labrador Ministry of Natural Resources’ Junior Exploration Assistance (JEA) Program for its financial support for exploration of the Kingsway property.

About Labrador Gold
Labrador Gold is a Canadian based mineral exploration company focused on the acquisition and exploration of prospective gold projects in Eastern Canada.

Labrador Gold owns a 100% undivided interest in the Kingsway project in the Gander area of Newfoundland. The three licenses comprising the Kingsway project cover approximately 12km of the Appleton Fault Zone which is associated with gold occurrences in the region, including those of New Found Gold immediately to the south of Kingsway. Infrastructure in the area is excellent located just 18km from the town of Gander with road access to the project, nearby electricity and abundant local water. LabGold is drilling a projected 100,000 metres targeting high-grade epizonal gold mineralization along the Appleton Fault Zone following encouraging results including the discovery of near surface gold mineralization at three of three targets drilled to date. The Company has approximately $25 million in working capital and is well funded to carry out the planned program.

The Company has 156,740,526 common shares issued and outstanding and trades on the TSX Venture Exchange under the symbol LAB. 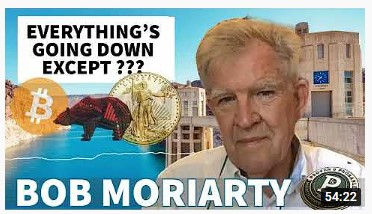 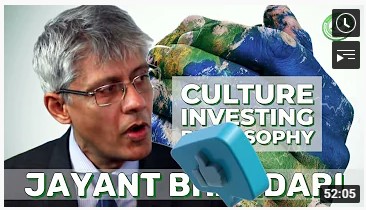 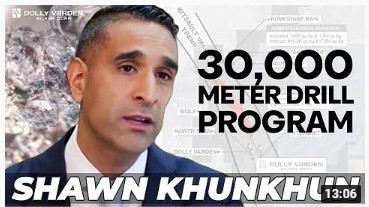