Vancouver, British Columbia: Calibre Mining Corp. (TSX-V: CXB) (the “Company” or “Calibre”) is pleased to report additional results for the on-going 2018 diamond drilling program on the Eastern Borosi Gold-Silver Project, Nicaragua (the “Project”). Exploration and drilling on the Project is being funded by Calibre’s JV partner IAMGOLD Corporation (“IAMGOLD”).

Highlights of the recent H2 2018 Diamond Drilling at San Cristobal;

Recent results have resulted in a new high-grade gold-silver discovery at the San Cristobal Zone. Drill hole SC18-002 intersected 8.04 metres grading 10.92 g/t Au and 859 g/t Ag (24.14 AuEq) including 1.55 metres grading 54.68 g/t Au and 3,957 g/t Ag (179.11 AuEq). The San Cristobal Zone has been traced on surface with rock and soil sampling for approximately two kilometres with potential in certain potions for several sub-parallel structures. Three additional drill holes have been completed at San Cristobal with results pending. A variation in the structural trend is noted and the new results will help to support the modeling and potential of the San Cristobal structure.

IAMGOLD has completed the First Option having made US$450,000 in payments to Calibre and completed US$5 million in expenditures and has vested a 51% interest in the Eastern Borosi Project. IAMGOLD has entered the Second Option with the right to earn a further 19% in the Project (by completing additional cash payments totalling $450,000 and further exploration expenditures totaling $5 million) having paid the first and second installments of $150,000 each and funding the on-going 2018 work program. The total potential investment by IAMGOLD to earn a 70% interest in the Project is US$10.9 million.

2018 Exploration and Drilling Program
The 2018 exploration and drilling program is nearly complete. Additional drilling has been recently completed on the Main Blag Deposit extension to the north and also included a few step out holes on the Cadillac Discovery. In addition to the drilling, target generative exploration is on-going consisting on wide-spaced soil sampling and surface rock sampling over selected areas. Remaining drilling results will be reported once they are received, verified and compiled. The results of the 2018 program will be reviewed and used to guide future exploration programs.

Calibre Mining Best Practice
Calibre is committed to best practice standards for all exploration, sampling and drilling. Drilling was completed by independent firm Continental Drilling. Analytical quality assurance and quality control includes the systematic insertion of blanks, standards and duplicates. Samples are placed in sealed bags and shipped directly to Bureau Veritas Lab in Managua, Nicaragua for sample preparation and then to Vancouver, Canada for 50 gram gold fire assay and ICP-MS multi element analyses. The technical content in this news release was read and approved by Gregory Smith, P.Geo, President and CEO of the Company who is the Qualified Person as defined by NI 43-101.

About Calibre Mining Corp.
Calibre owns a 100% interest in over 413 km2 of mineral concessions in the Mining Triangle of Northeast Nicaragua including the Primavera Gold-Copper Project and Santa Maria Gold Project. Additionally the Company has optioned to IAMGOLD (176 km2) and Centerra Gold (253 km2) concessions covering an aggregate area of 429 km2 and is party to a joint venture on the 33.6 km2 Rosita D gold-copper-silver project with Rosita Mining Corporation and Century Mining. Major shareholders of Calibre include gold producer B2Gold Corp, Lukas Lundin and management.

Safe Harbor Statement under the United States Private Securities Litigation Reform Act of 1995: Except for the statements of historical fact contained herein, the information presented constitutes “forward-looking statements” within the meaning of the Private Securities Litigation Reform Act of 1995. Such forward-looking statements including but not limited to those with respect to the price of gold, potential mineralization, reserve and resource determination, exploration results, and future plans and objectives of the Company involve known and unknown risks, uncertainties and other factors which may cause the actual results, performance or achievement of Calibre to be materially different from any future results, performance or achievements expressed or implied by such forward-looking statements. There can be no assurance that such statements will prove to be accurate as actual results and future events could differ materially from those anticipated in such statements. Accordingly, readers should not place undue reliance on forward-looking statements. 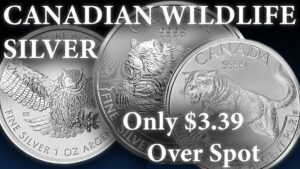